I recently got my hands on (read: “bought”) a copy of Whoopie Pies by Sarah Billingsley and Amy Treadwell. To be honest.. I don’t think I’ve ever had a whoopie pie before… although the idea of snack-sized cake and frosting is treat that anyone would go for. 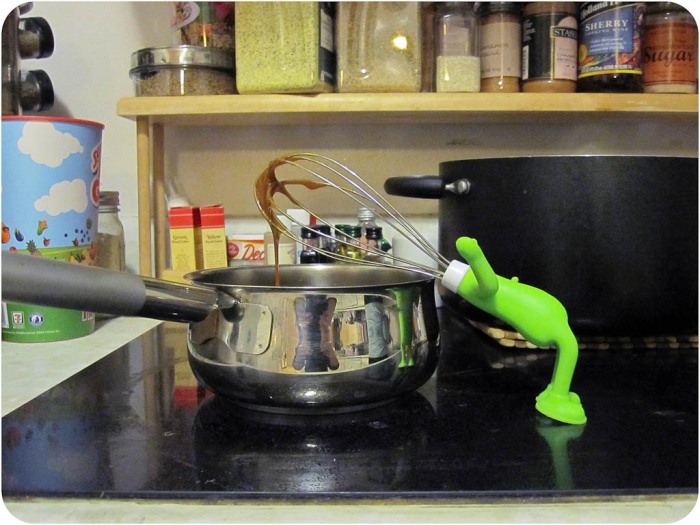 The chocolate cake turned out different from expected. I was expecting the batter to spread more in the oven and get a bit flatter and smooth out on top. The batter spread a little bit in the oven, but also rose just as much, so I still ended up with rather tall cakes instead of round, flat ones. The cakes also came out rather cracked (like cookies) instead of smooth on the top as whoopie pies should be. This is probably one of the times when a whoopie pie pan would come in handy. We’ll see if the non-GF recipes also result in cracked, semisphere-shaped cakes.

The book doesn’t have a recipe for salted-caramel buttercream. It has a salted caramel recipe and a classic buttercream recipe. So I made both, and then poured the salted caramel (slightly warm still so that it would pour and mix well) into the buttercream frosting (sans vanilla extract and salt). The frosting ended up runnier than it I liked and also very very sweet. So I mixed in another stick of softened butter and then stuck it in the fridge to cool. But then it got hard, so I guess it needs to be room-temperature and runny in order to fill the sandwiches.

The resulting whoopie pie was okay. Not “to die for” delicious, but not horrible either. The cake was a little dryer than I had wanted, but probably because of the GF nature of it. Next time, I’ll substitute oil for butter and hope for a more moist cake (this is what Anni does with her cupcakes). The buttercream was good, although a little on the sweet side. Next time I’ll have to reduce the amount of sugar to account for the extra sweetness of the salted-caramel. All-in-all, a good experiment and I will definitely try it again with some tweaks to the recipe. 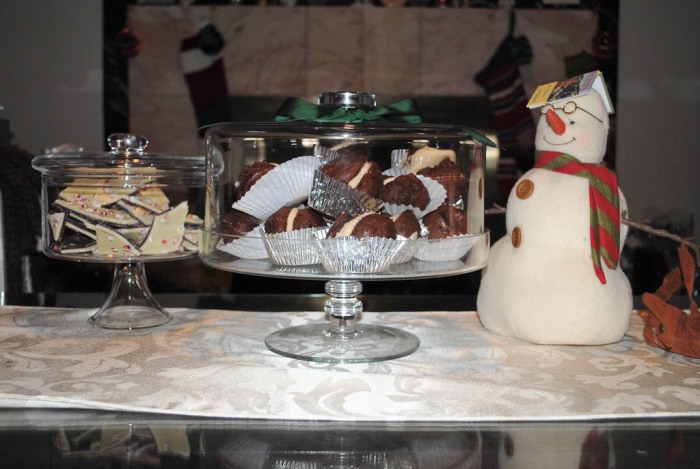