I was SO HAPPY to find out that my best friend does not have gestational diabetes. This meant that we could eat all the sugar and sweets we want!!! It also meant that I had someone to go check out the the Cocoa Lounge at the Island Hotel with, since Minh is not a big fan of desserts. I, on the other hand, could LIVE off sweets if it wouldn’t make me sick or malnourished.

So.. on Friday, Michele and I headed to the Cocoa Lounge for a nice girls’ night out… 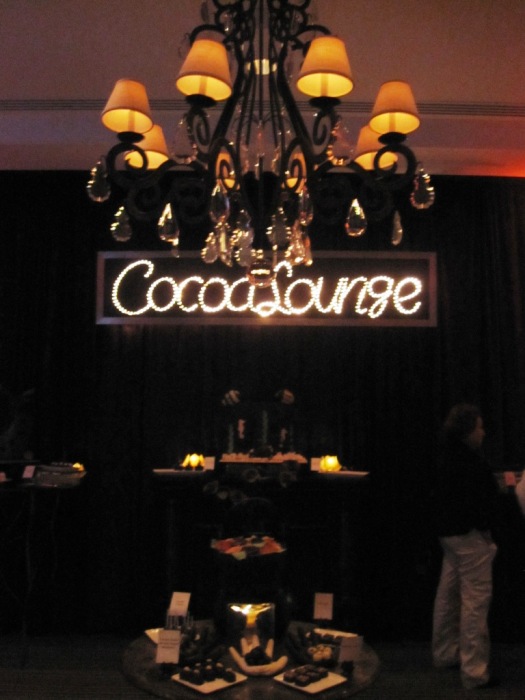 The Cocoa Lounge at the Island Hotel - Newport Beach, CA

I didn’t really know what to expect with a chocolate dessert buffet. Part of my was expecting a Vegas-style buffet line, so I was pleasantly surprised that it was actually a “lounge”. There was lush velvet draped over the walls, and cozy couches and coffee tables for lounging. The lighting was a bit dim, which didn’t make for good pictures, but added to the romantic and relaxing feel of the room. Michele and I took a table out in the restaurant instead of the lounge, but there were other people actually “lounging” with friends.

Between Michele and I, we tried almost everything… and there were over a dozen different chocolate desserts to choose from… I was in chocolate heaven. 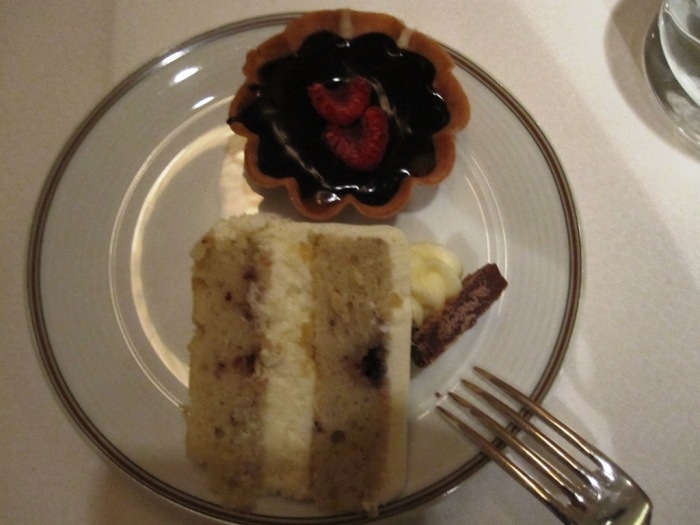 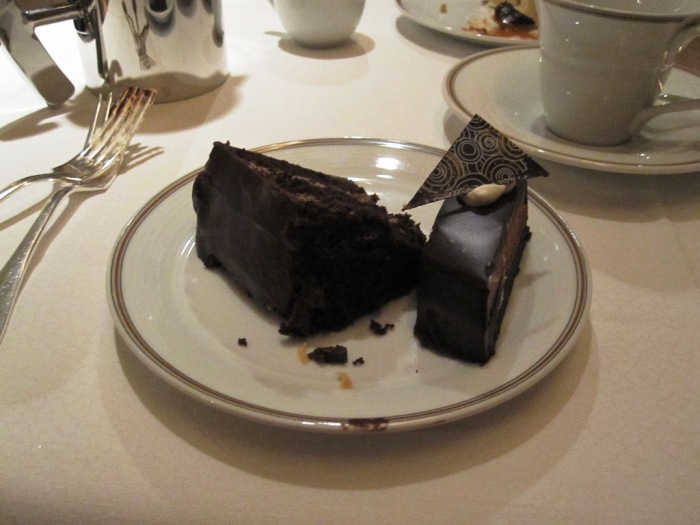 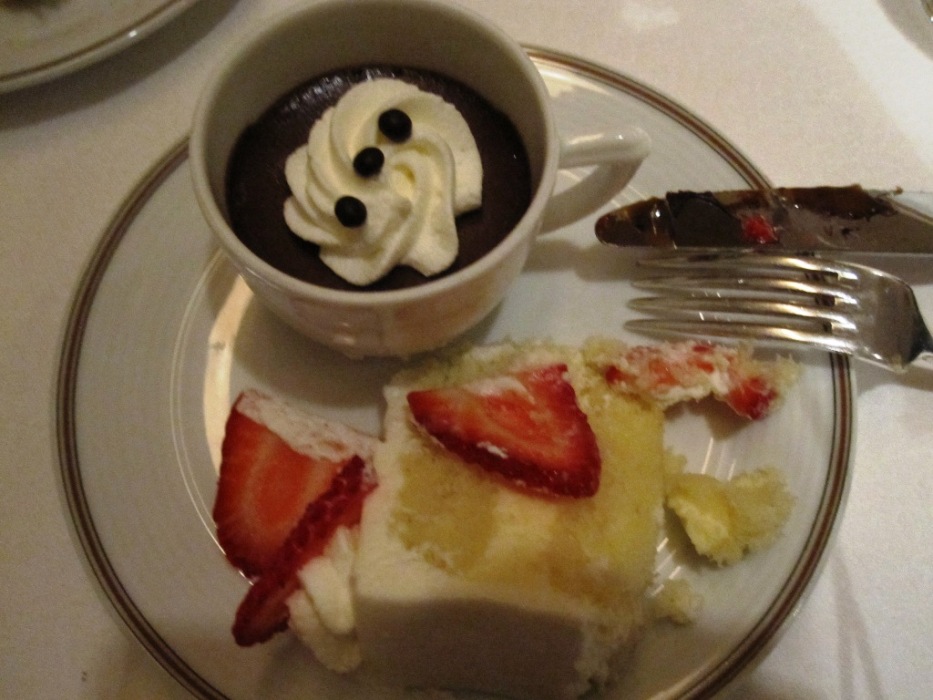 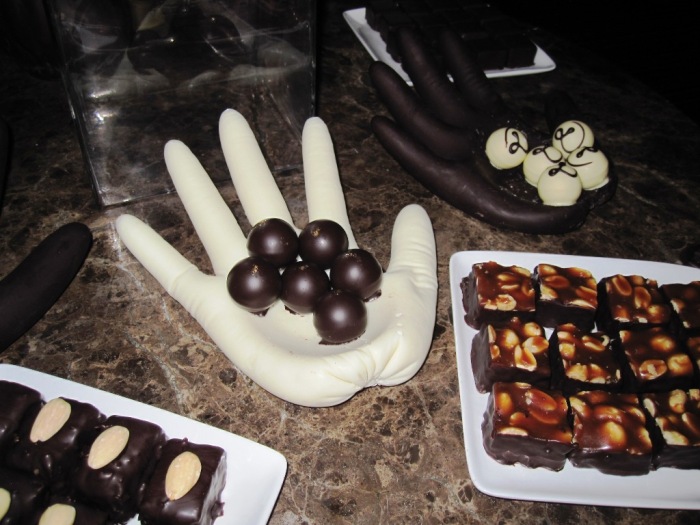 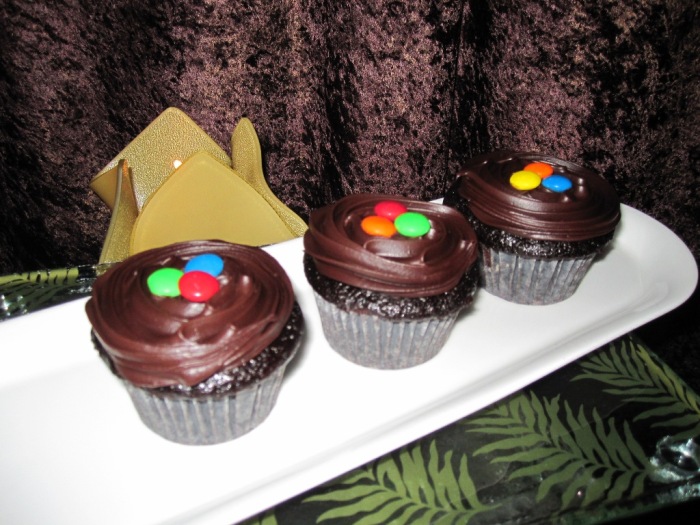 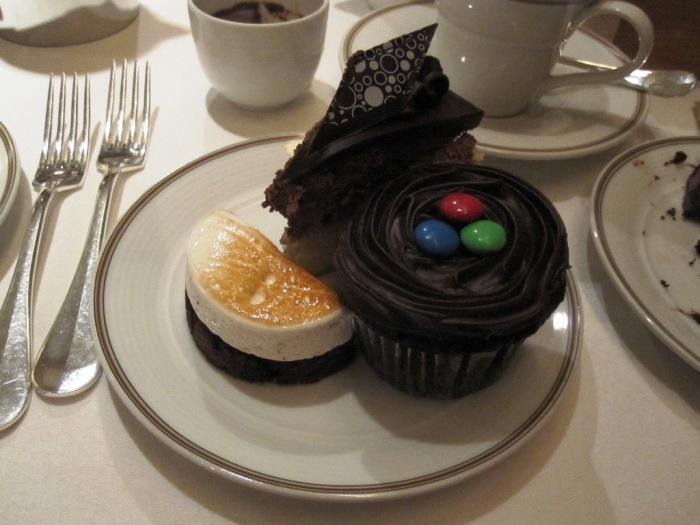 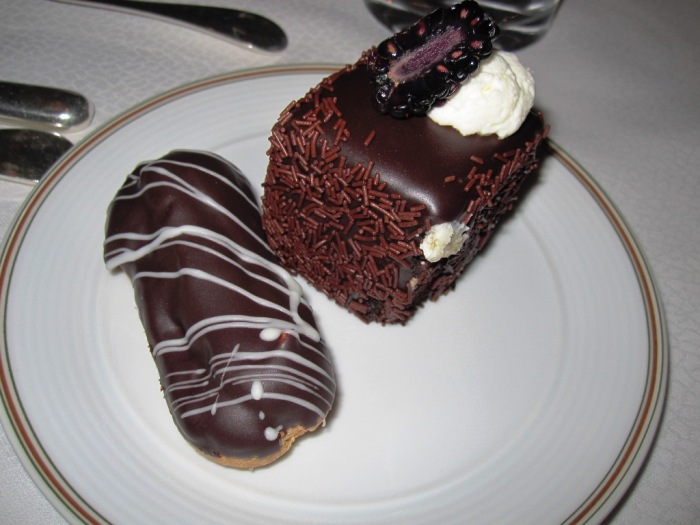 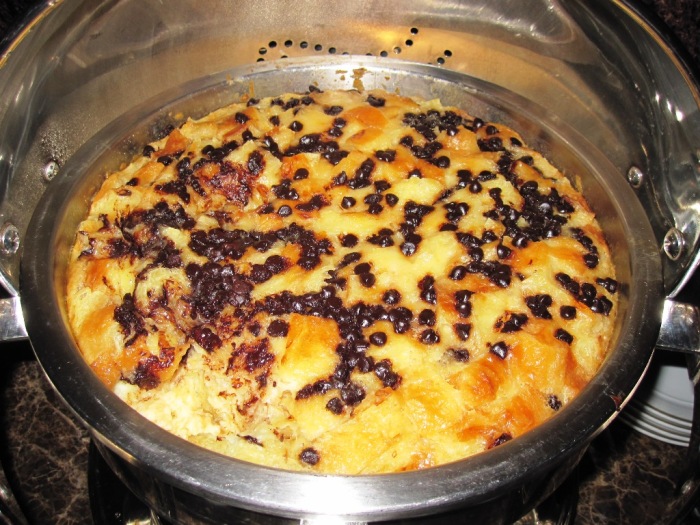 Here’s how I ranked everything – from best to good (there was not “worst”):

Along side all the desserts were these amazing chocolate sculptures. I especially liked the chocolate fish and the basket of roses. 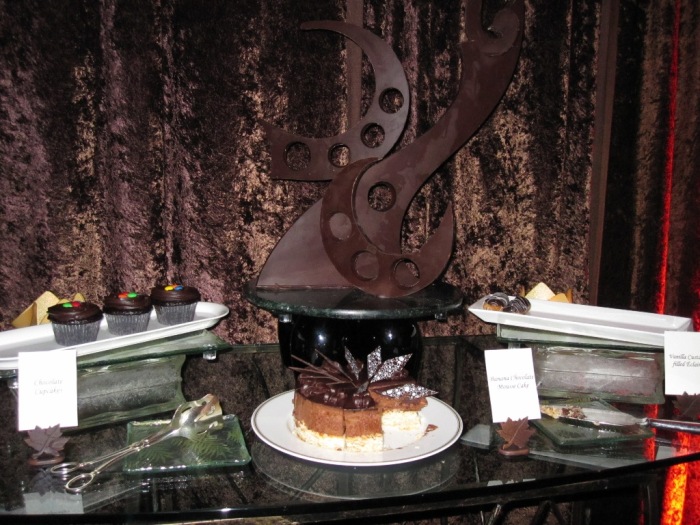 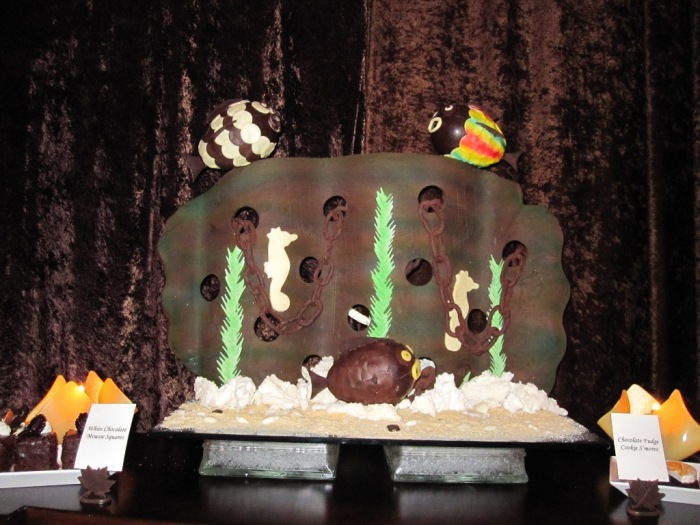 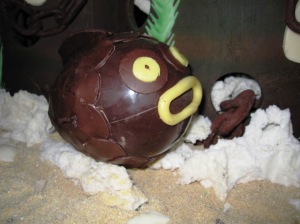 Close up of Chocolate Fish 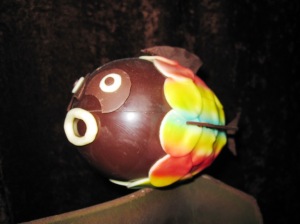 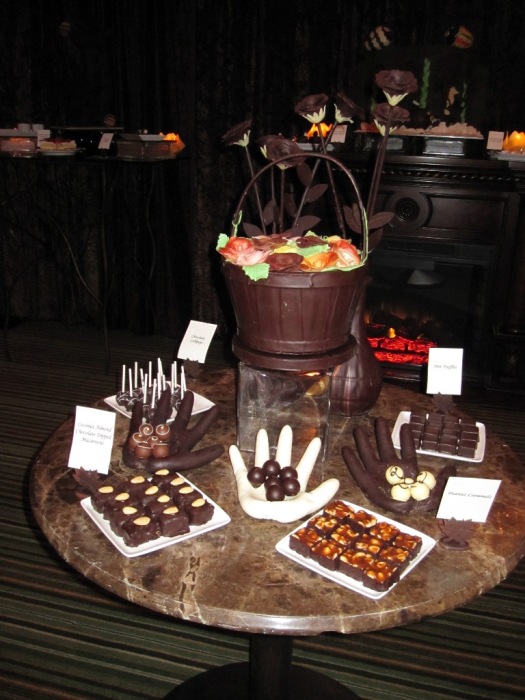 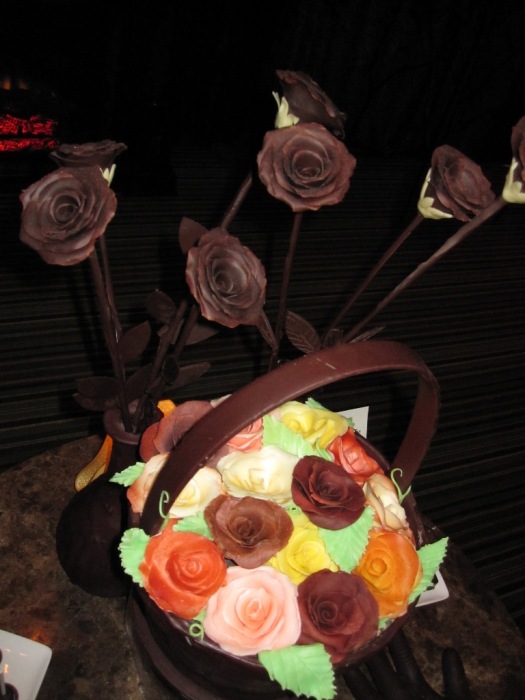 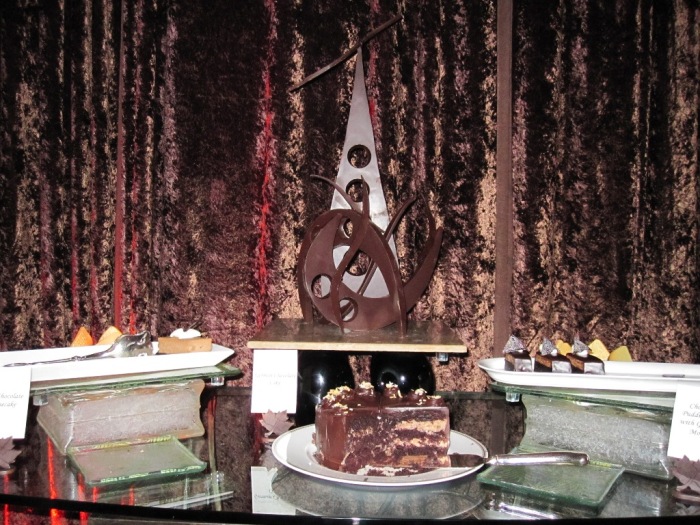 ﻿By the end of the night, Michele and I had had our fill of chocolate desserts.. and table full of plates to prove it. 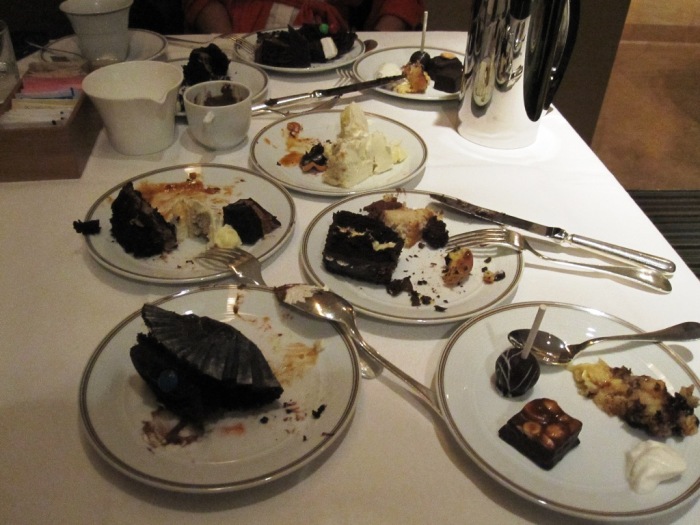 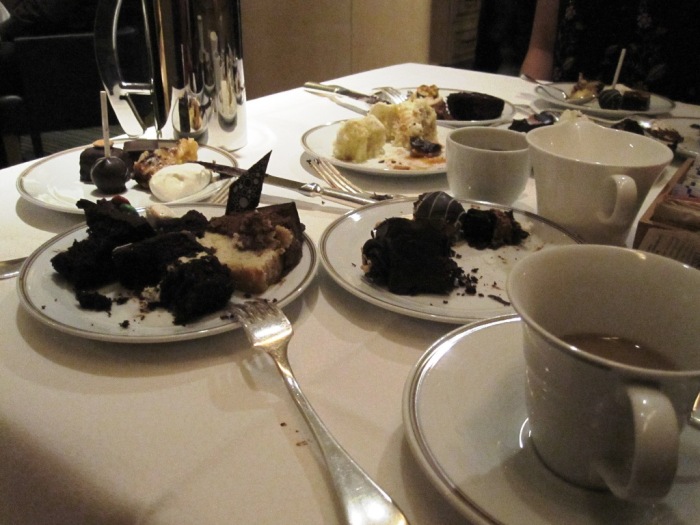 The Cocoa Lounge at the Island Hotel is only open for the month of February. Apparently, 2011 is the third year that they’ve put on the Cocoa Lounge, and it has been a huge success! I don’t know why I had never heard of it before, but I’m hoping that I can make this a February tradition for many years to come.