Another beautiful morning on Sunday (14 April). Minh and I jumped on our bikes and road out to Wollaton Hall and Deer Park. Check out the pictures below… if it looks familiar, it’s because the exterior of Wollaton Hall was used as Wayne Manor in The Dark Knight Rises. Pretty cool, right?

My house taking pictures of a possible dream house..

It’s just as big as it looks.. 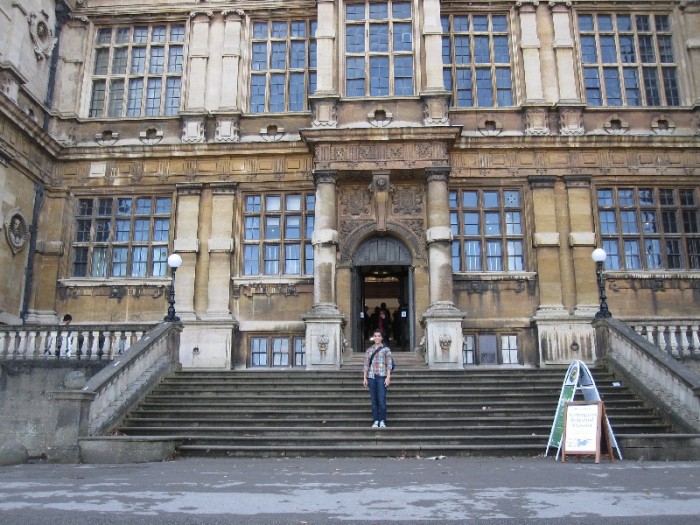 Didn’t go inside, but took plenty of pictures outside

It was CRAZY windy that day (and every day since…) 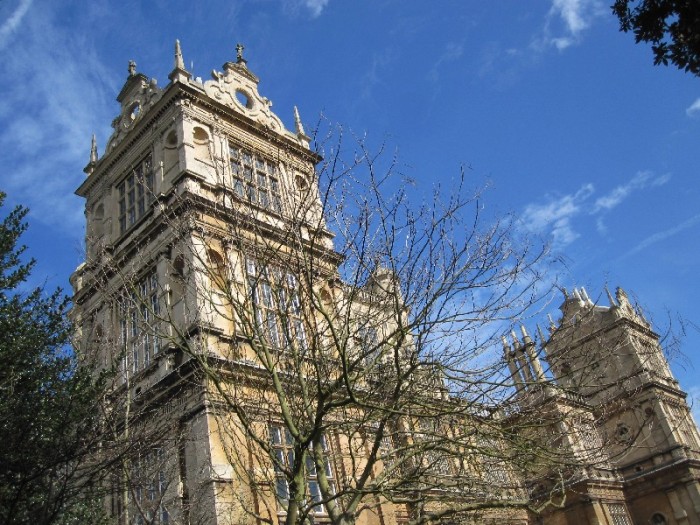 There are carvings and busts all around the building 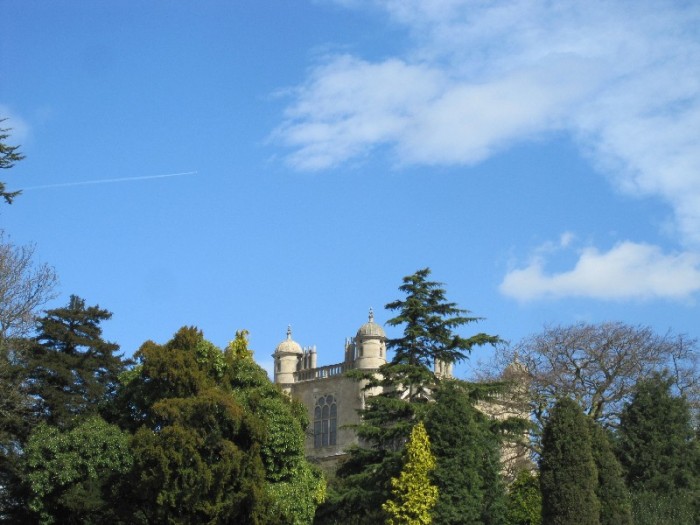 Peaking over the trees 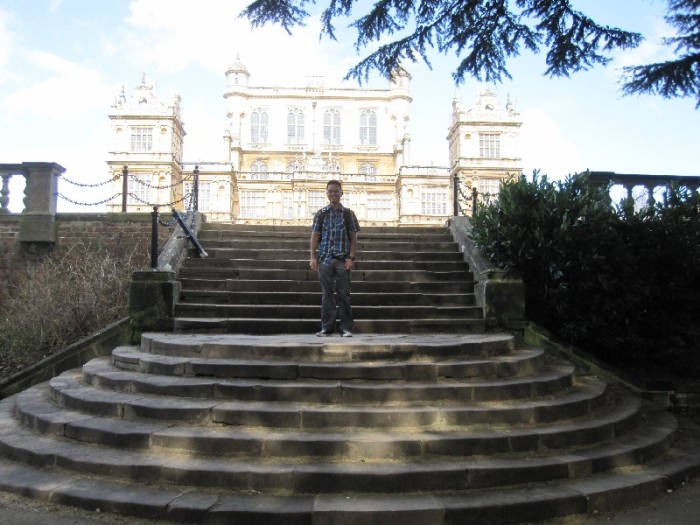 Stairway into the “back garden”.. also a golf course

The grounds were (kinda) surrounded by this trench/moat

I wonder which other superheroes call Wayne Manor home.. ??

We didn’t get to go inside, since admission is £5 per person, and we’re trying to save money for a little while (since we’re on our last £10 in cash and haven’t put any money in our UK bank account yet… soon though). We’ll be back though.. maybe next month.. to take a tour of the inside and see the park once the trees have leaves again. We did take a walk around the park a little bit, to see what was going on. Surprisingly, there was a little pop-up market happening in the courtyard.. 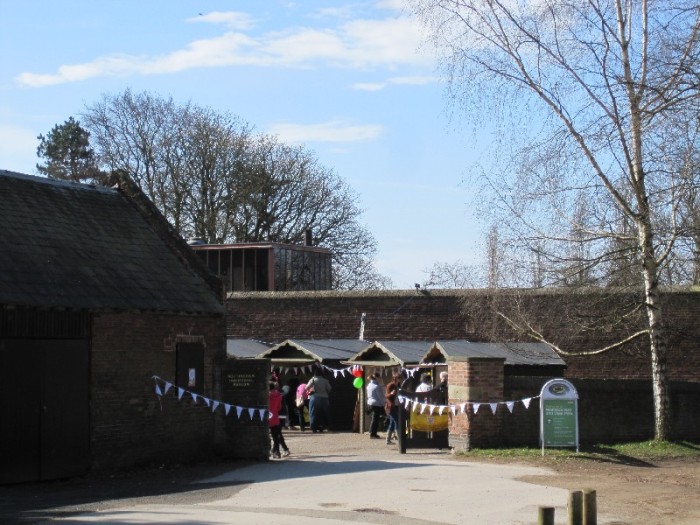 Stumbled upon this random pop-up.. where we found out there are hundred of types of bees in the UK…

These memorial benches are ALL OVER the park.. must be a beloved spot for many

Our first encounter with a red phone booth 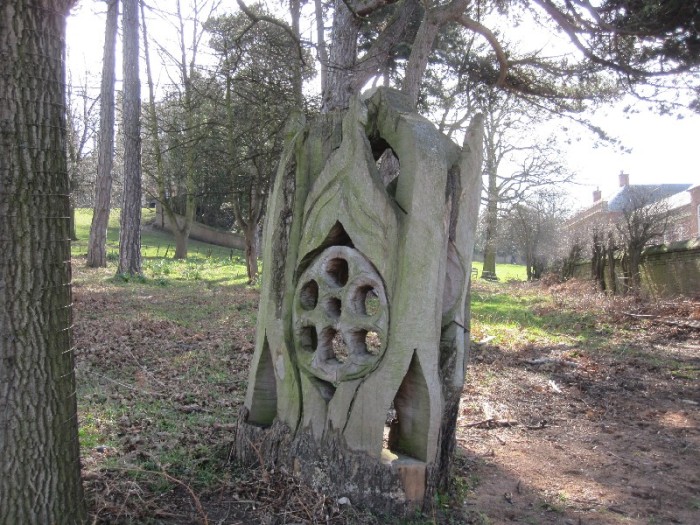 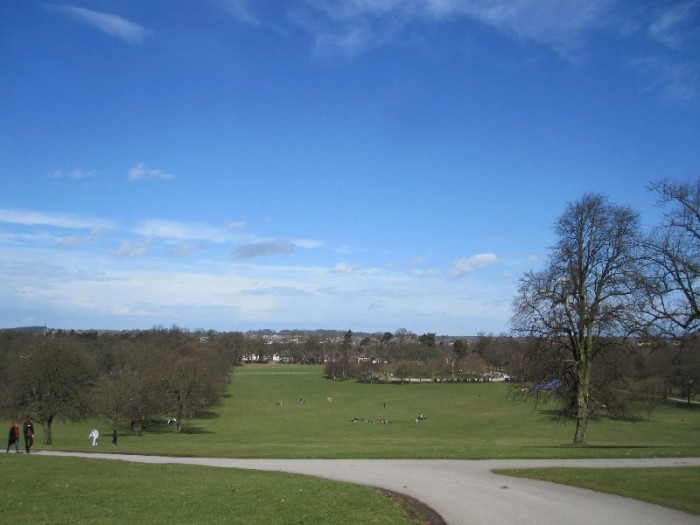 Overview of Deer Park from the Hall