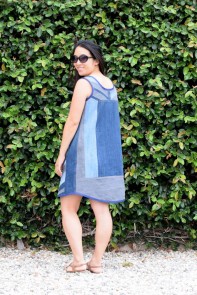 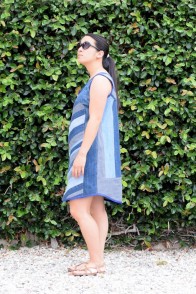 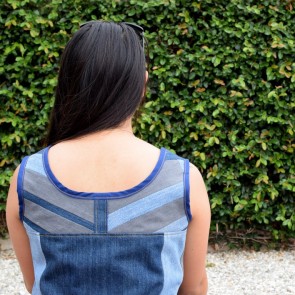 It’s been a while since I’ve put up a new blog post… things have been busy, with a new baby and all! Maternity leave is soon ending for me and I’ll be back to the daily grind at the office. Trying to make use of this time off to bond with baby as much as possible.. and maybe get some side projects in while I’m at it. I didn’t get as much sewing in as I had hoped, but I did manage to finish something for The Refashioners 2016. This year’s theme was jeans (not denim, but actual jeans), and I think I managed some pretty cool digs for me and the little one. These are made from three pairs of large mens’ jeans I purchased from the local Salvation Army. 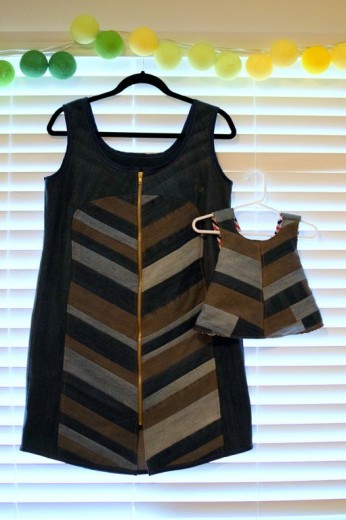 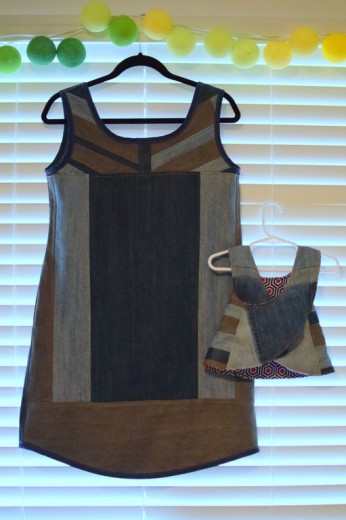 When I started brainstorming for this refashion, I new I wanted an exposed zipper front and some interesting patchwork. I started with the Polly Top from By Hand London, did some chevron patchwork for the front panel and extended the length to become a short dress. I also added a back yoke to continue the chevron patchwork. I used a 24-inch metallic, separating zipper for the front, and the edges are all finished with navy bias tape. The end result was a little bigger/boxier than I had wanted (I cut US 8, but should probably have gone with US 6), but still looks really cool. I actually love how it turned out. 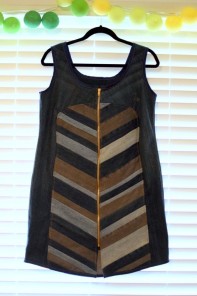 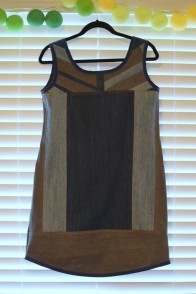 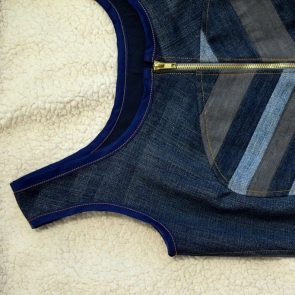 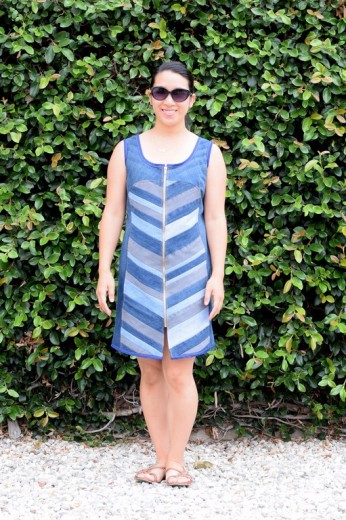 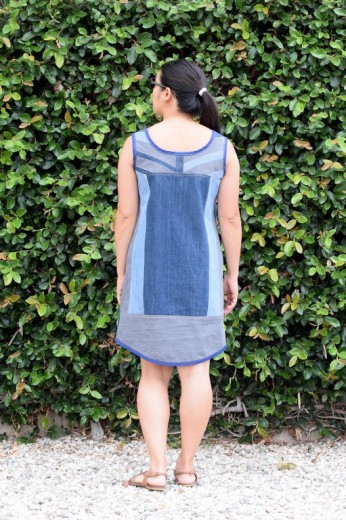 For the little one, I started with McCall’s M6303, but modified to remove the shoulder buttons at the top and shortened the overall length by about 4 inches. To make for some cute mommy-and-me matching, I also included chevron patchwork on the front. Technically the top is reversible, but it’s way cuter with the denim out than with the lining. 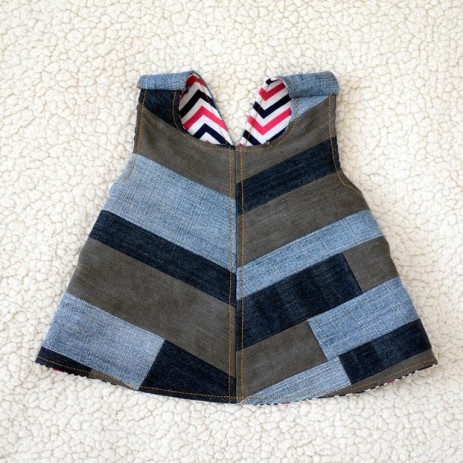 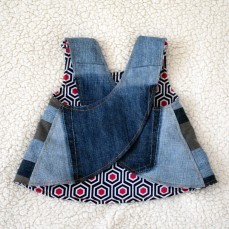 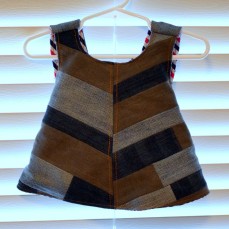 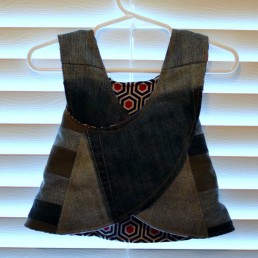 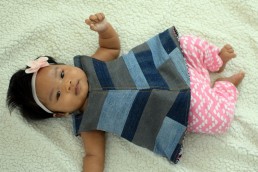 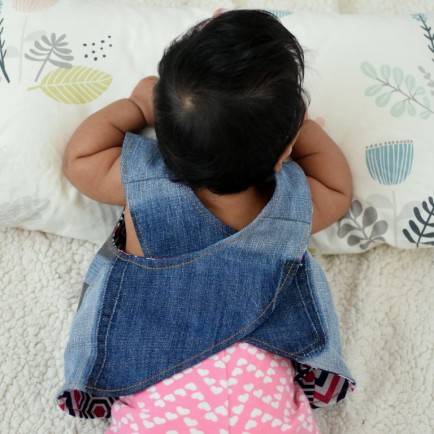 Thinking these two will get some good wear once fall hits and it’s not 1000° outside!